Technology of generalization is used to transform the map of the source scale into a map of a smaller scale (destination scale).

Process of map transformation consists of a number of stages:

Formation of nomenclature map sheet of destination scale consists of the following processes:

1.1 Formation of the passport of nomenclature sheet

When performing the task of Uniting of map sheets for each four sheets of the digital topographic map of source scale, one sheet of the map of the corresponding source scale is automatically generated: 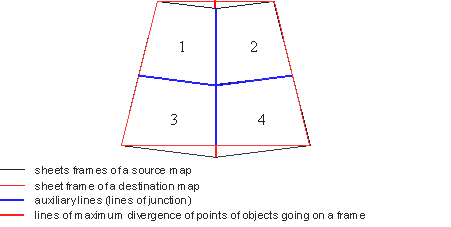 1.2 Moving objects with a dragging onto a frame

Moving objects from four sheets of a source map in a map of destination scale is carried out in full, except for frameworks of sheets of a source map. In this case, some points of objects that come out onto the frame have small discrepancies with the metric of the frame. The maximum divergences are shown by a red thickened line (see the Scheme of merged sheets of topographic maps). To avoid divergences when moving objects, the objects are automatically dragged to the frame of the derived sheet (a thin red line).

Automatic smoothing of the metric description of linear and polygon map objects with taking into account the available spatial topological links is performed in accordance with the specified smoothing accuracy (in millimeters on the map). 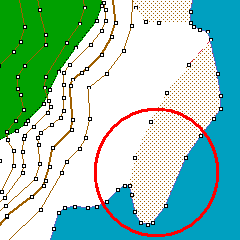 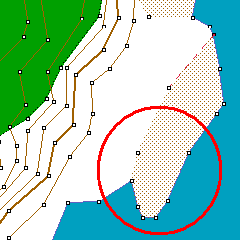 On the left figure there are shown the objects before execution of an automatic filtration, on the right - after execution. The marked zone contains topologically related objects.

1.4 Uniting of objects along lines of junction 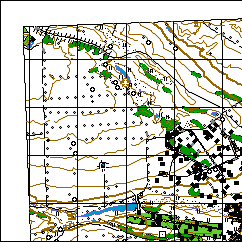 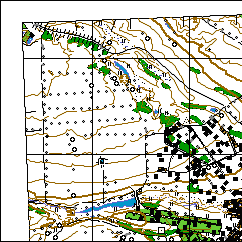 Formation of the passport of the nomenclature map sheet with the new classifier is performed automatically.

Carrying of objects of a source map to an output map is carried out by automatic change of type (localization) of objects according to breadboard models of conditions (tables of recode). 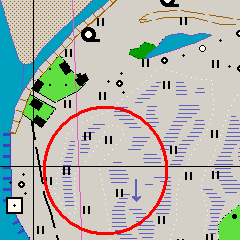 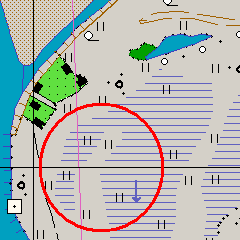 In order to ensure the preservation of state secrets at drawing up the maps of scale 1: 100 000 by maps of a larger scale, the coordinates of the points of planimetric base are rounded off (points of the state geodetic network, geodetic network of bridging, astronomical points, marks and reference points of the level net).

In the mode of automatic generalization of support points into the coordinates of points of the planimetric base, an accidental error is entered in accordance with the specified value of the spread and subsequent rounding with the established accuracy (in millimeters on the map).

During the process of generalization, automatic replacement of parts of areal objects with a width less than the permissible one (in millimeters on the map), onto parts of linear objects is performed.

Areal objects are converted to linear objects in accordance with the table of recode. Processing of each areal object of hydrography consists of the following steps: 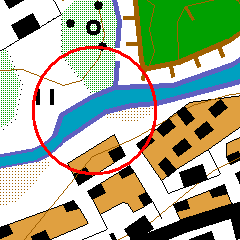 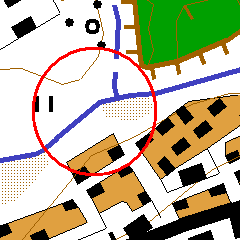 The left figure shows the areal river and linear inflows before the automatic replacement of the parts of the areal objects, on the right - after the completion of the procedure (the river has a linear view, the inflow is dragged to the new metric of the river).

In order to improve the visibility of the image of the quarters, small quarters are combined, and the width of the passages is increased. Processing of quarters is carried out in three stages:

At execution of the automated formation of passages in accordance with the specified width of passage(in millimeters on a map) between nearby quarters the temporary areal objects of type of Passages are created.

In the interactive mode, Move Object (Map Editor), the quarter shifts from the axial line of the adjacent passage if the visible parts of the quarters (not covered by the passages) have an area that is less than admissible. If there is no possibility of shifting the quarter (intersection with other quarters) in the interactive mode, Delete object (Map Editor) a deleting the passage is performed, which reduces the area of quarter.

At execution of the automated formation of quarters by the remaining after the interactive editing of passages, the cutting of quarters is performed.

In the Interactive mode, Merge Objects (Map Editor / Topology) there is carried out a merge of adjacent quarters, the distance between which is less than the specified tolerance (the width of the passage in millimeters on the map). 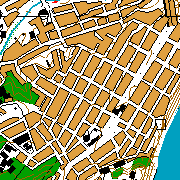 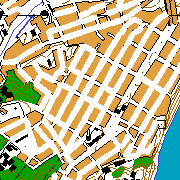 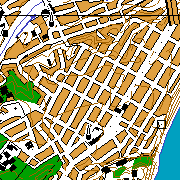 In the process of generalization, isolines (contour lines) are either deleted or converted to point objects with absolute height. Together with the deleted contour lines, the bergshtrihs and signatures belonging to them are also removed. 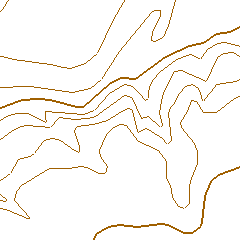 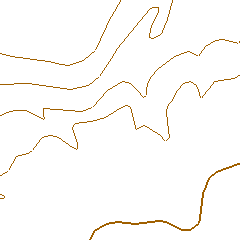 Processing titles of contours is carried out after processing of contours. For each title the contours of the sheet on which the title is located is scanned. If the title does not belong to a contour, then it is deleted. Belonging of title to the contour is defined by coincidence of value of absolute height from the text of the title and value of height of a contour, and also by proximity of the first point of the title metric and a current point of the metric of a contour.

In the process of generalizing objects of small length or area, linear and areal map objects are processed. The degree of the length smallness is determined by the characteristic specified in the task parameters, the Minimum length (mm on map), degree of smallness of the areas - by the characteristic the Minimum square (sq.mm on map). At processing of objects the following processes are performed:

Not united objects of small length or the area will be transformed to the point objects according to the table of recoding. 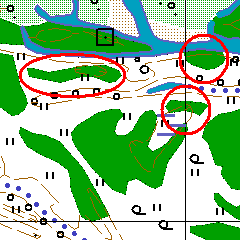 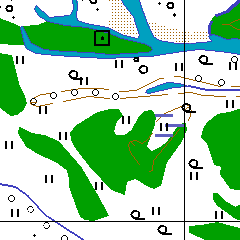 In the left figure the woods of the small area before execution of procedure of automatic sampling of small objects are marked, on the right - woods of small area are removed during the procedure work.

The junction of nomenclature sheets of digital map implies the software-visual control and editing of the information on the objects going onto a frame for the purpose of definition of unambiguous, consistent characteristics of adjacent objects in accordance with the rules of the digital description.

After executing the application the Coordination of adjacent sheets (Tools/Run application) by using the vector map editor, a visual analysis of the processing results is performed. If there are error messages for the coordination, the causes that caused these messages are eliminated and the procedure execution is repeated.