GIS "Panorama" processes the vector maps presented in open SXF format. Data from other formats (SHAPE, S57, MIF / MID, DXF, KLM, GDF and others) can be converted into format SXF and back.

Data of digital vector maps has the following structure: 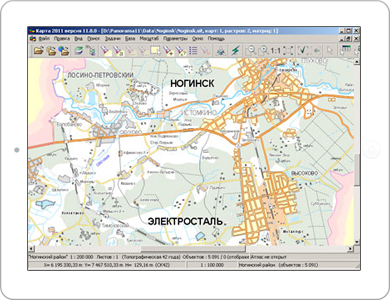 The object of a digital map is a collection of digital data (metrics, semantics, reference data) that can correspond to a real object on the terrain (bridge, river, building, etc.) or a group of objects (block - group of houses, etc.) or part of the object (at a complex description of the object metric - it can be divided into two objects, or the object can be described in detail - the porch of the building, individual buildings, etc.) or there is no correspondence (explanatory signatures, horizontals, kilometer grid, etc.).

In the GIS "Panorama" a raster map is understood as the raster image in format RSW, which has a coordinate binding. If the source image contains the information on a binding, then this data is used at converting to RSW. The file binding can be loaded from:

GeoTIFF - a format, allowing to include the information on a geographical binding in TIFF files. Most fully describes parameters of the projection, so this format is most common when processing remote sensing data (Earth remote sensing). 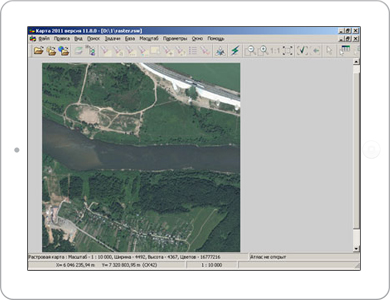 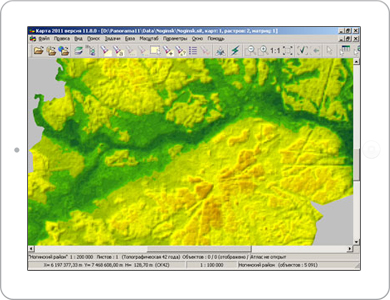 Matrix of qualities is a raster terrain model created by searching for specified types of map objects that have the required characteristics. In a matrix those cells are filled with corresponding weight coefficients whose coordinates are related to the object. Matrixes of qualities and a matrix of elevations have a single structure. 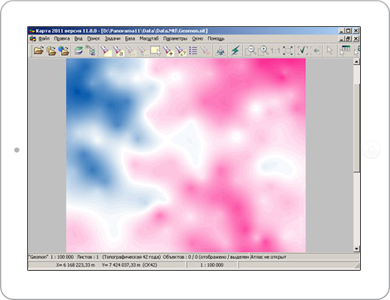 The matrix of qualities can contain spatially continuous or spatially discrete data. As example of spatially continuous data it can be the concentration of pollution, the amount of precipitation, the level of radiation. The value of these data from one cell to another varies gradually, and their totality simulates a certain surface. As example of spatially discrete data it can be the type of vegetation, the type of land ownership, building density, territorial belonging. The value of spatial-discrete data remains constant or changes abruptly at going from one cell to another.

Matrix of geological layers is a regular 3D model of geological bodies (strata of the earth's crust), which is an array of absolute heights and powers of layers. Unlike a matrix of elevations in which element the one value (absolute height) is presented only, in a matrix of layers the element has a set of values (absolute height, power of 1st layer, power of 2nd layer, … power of N-th layer). Layers are located in a certain order which is described in the matrix passport. The sequence of layers is set relative to the earth's surface. 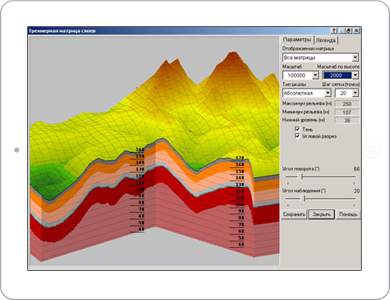 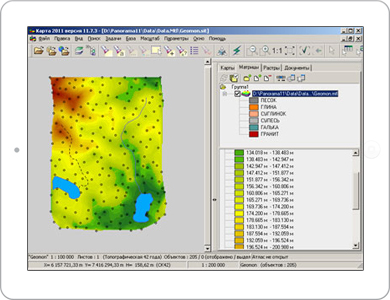 Fig.6 Matrix of layers with a legend

One of variants for representing a digital terrain model is the TIN (Triangulated Irregular Network). TIN model is a polyhedral surface - an irregular network of triangles whose vertices are the initial reference points, and also points of the metric of structural lines and filling areas. Initial 3D points define the general shape of the simulated surface and are the basic data for building the TIN model.

TIN-model allows to use variable density of initial points depending on changes of a relief that allows to create an effective and exact model of a surface. 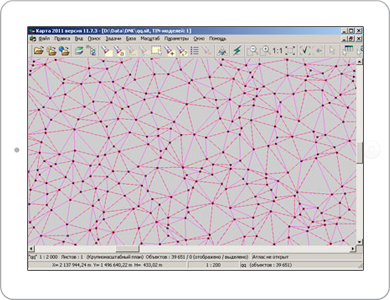 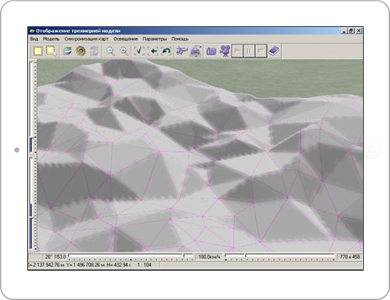