GIS "Operator" for the military forces

Geoinformation system "Operator" was adopted to supply the Armed Forces of the RF
by the order of the Minister of Defense of the RF № 598 of August 15, 2013. 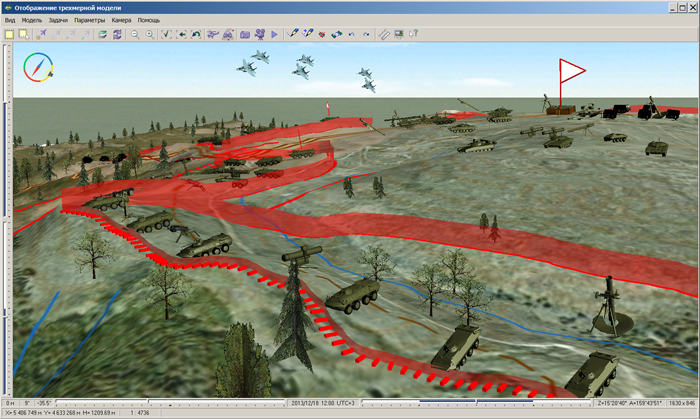 The purpose of system 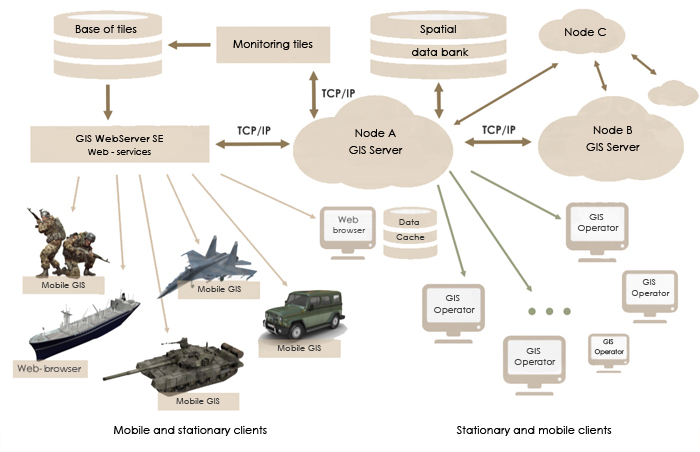 The system is intended for use in the following departments for creating an information space based on a uniform format for the presentation of cartographic basis (SXF), created in geodesy and cartography and the TS of the RF armed forces, the unified system of classification and coding of cartographic information and certified software: 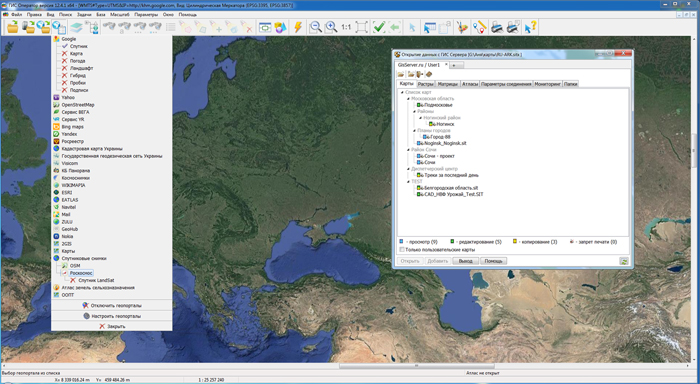 There are supported the modern protocols for standards of OGS Web Map Service Interface (WMS) and OGS Web Feature Service Implementation Specification (WFS), and also protocols of connection to resources DigitalGlobe and Google. The multiuser work with maps and databases with access control is provided.

A set of overlapping maps on the same area, but with different scale and level of details. Automatic loading and displaying of a map of optimum details at zooming display. By means of the additional module - "MANAGER of MAPS" a convenient systematization of metadata about cartographical resources in your local network is available. 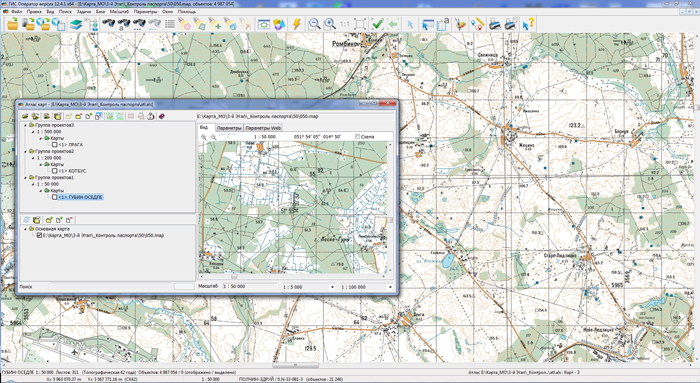 Lists of documents, photos and maps. Customization of print and display 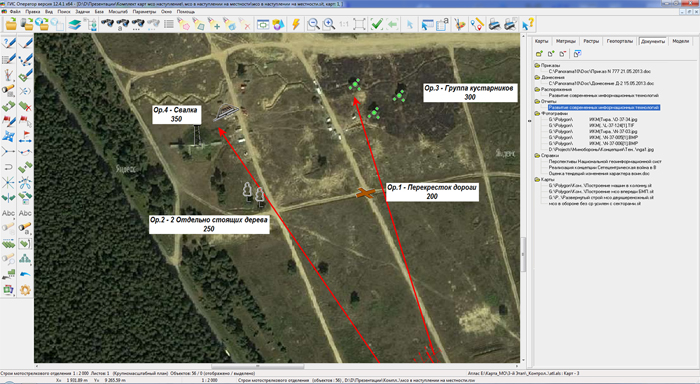 Conducting and processing of special maps for the Air Forces,Navy. Railway maps for mobilization actions 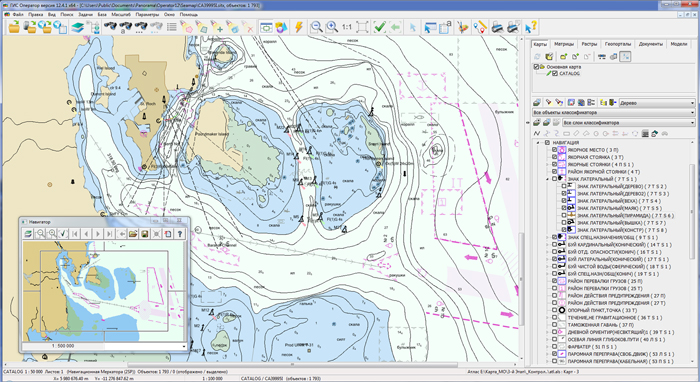 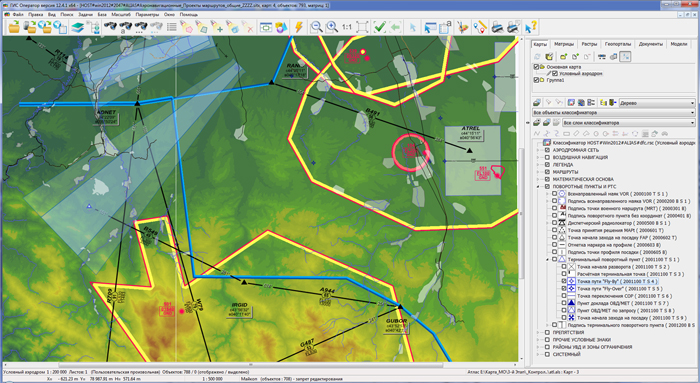 Drawing and editing of operational situation, designing the on-duty maps. 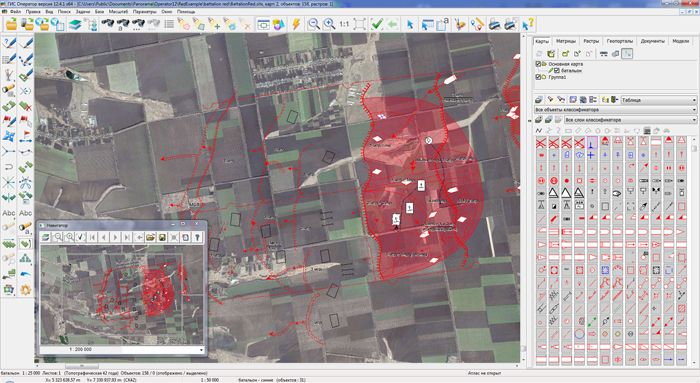 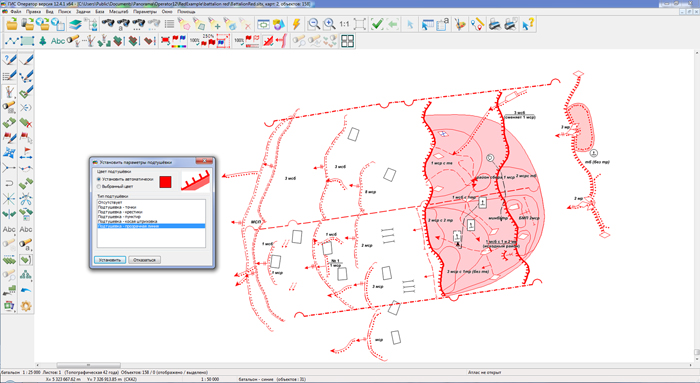 Conducting the maps of operational situation, use of means of animation for displaying dynamics of situation's change 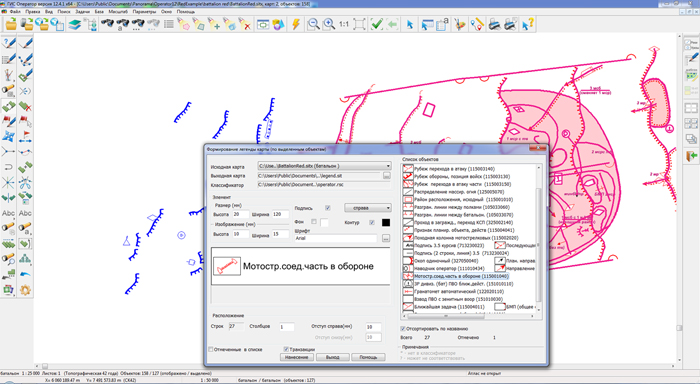 "Smart symbols" change a view at changing the values of semantics 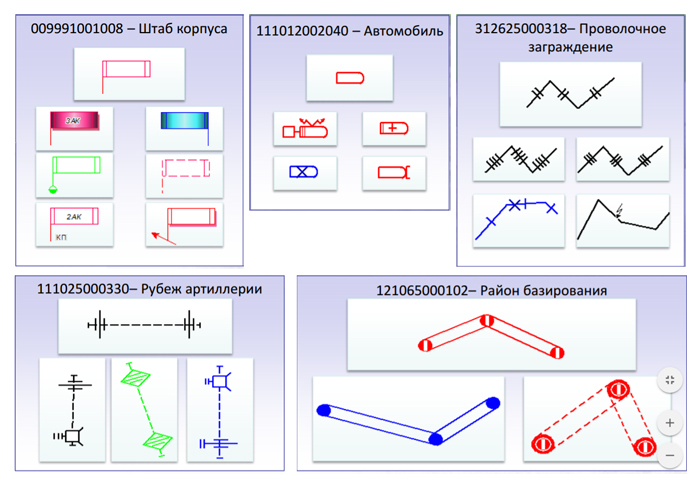 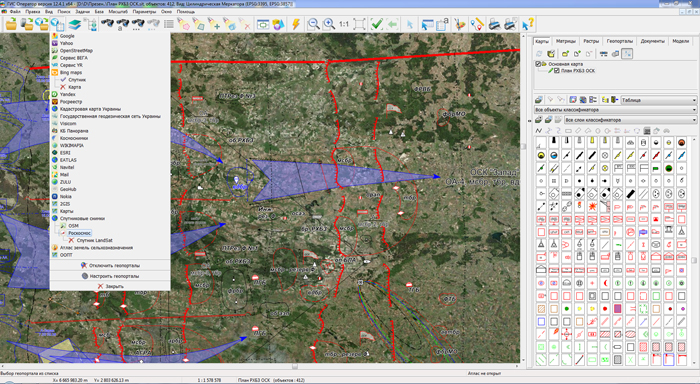 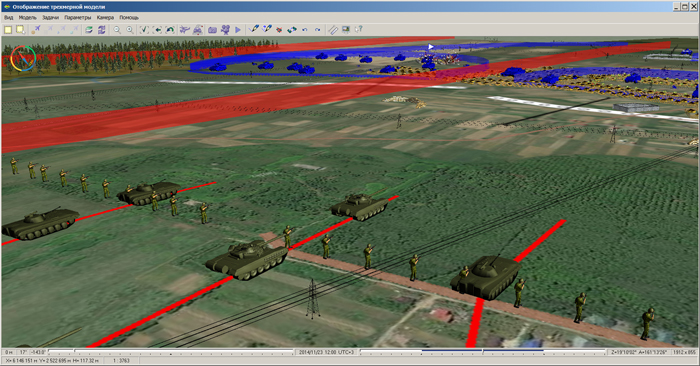 "GIS "Operator" provides the library of 3D-models of symbols of operational and tactical situation which can be applied at planning of operations in conjunction with the three-dimensional model of the terrain. This library allows you to visualize not only the main types of vehicles standing on arming of unit, but directly of its models or modifications, which enables more efficient planning of their use. "

Three-dimensional terrain models can be created by means of Professional GIS "Panorama". 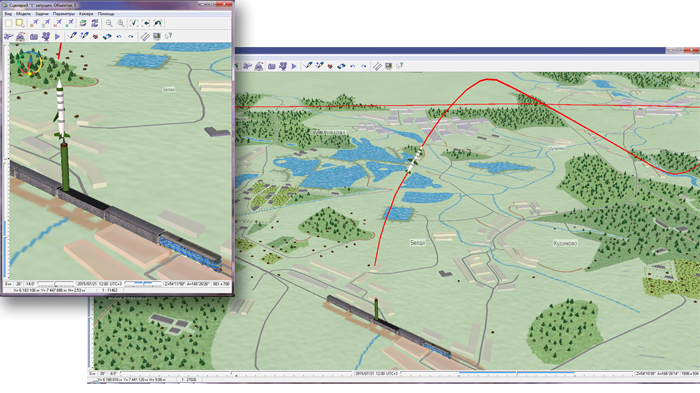 Complex for calculation of trajectories of objects movement by real conditions of the terrain for preparation of flight missions. 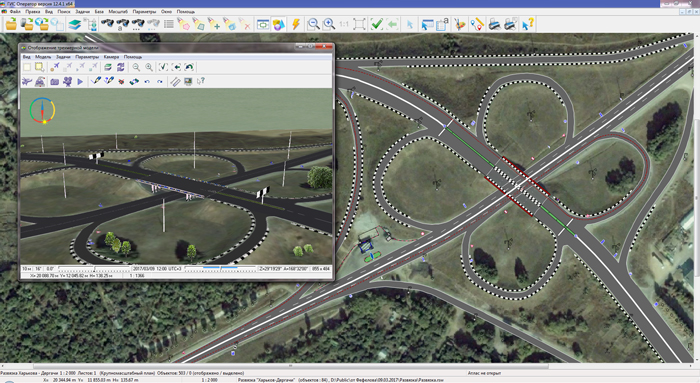 Displaying weather data in the area of planned actions 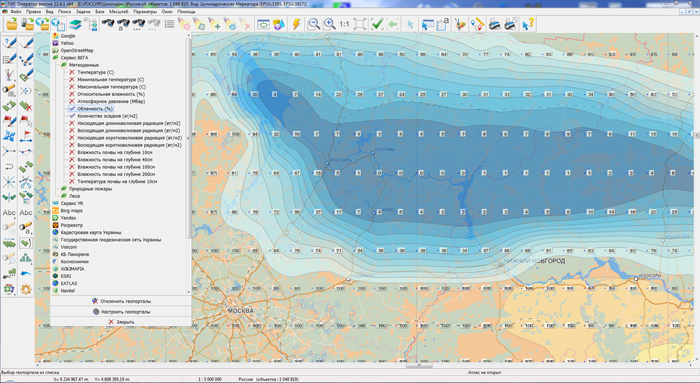 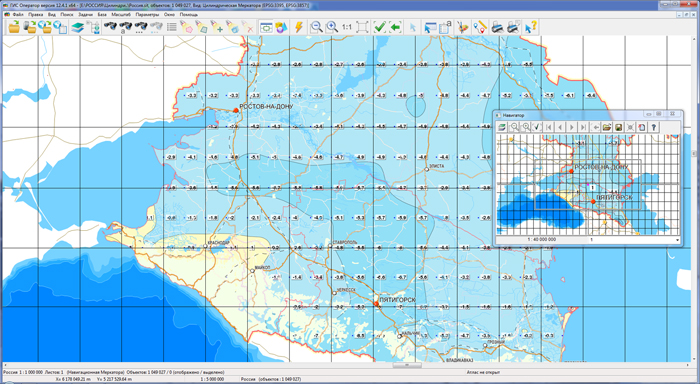 Displaying the temperature of air in the vicinity of planned actions 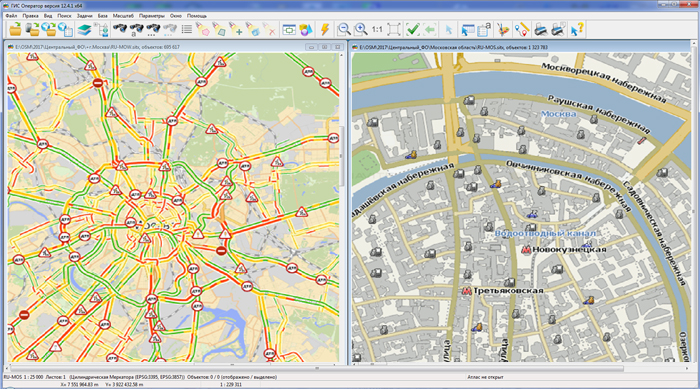 Synchronization of maps and images 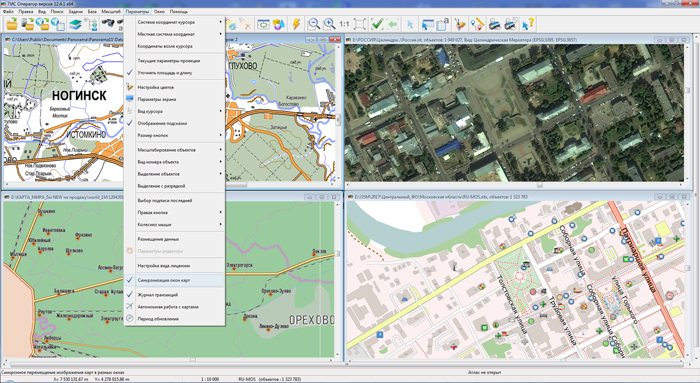 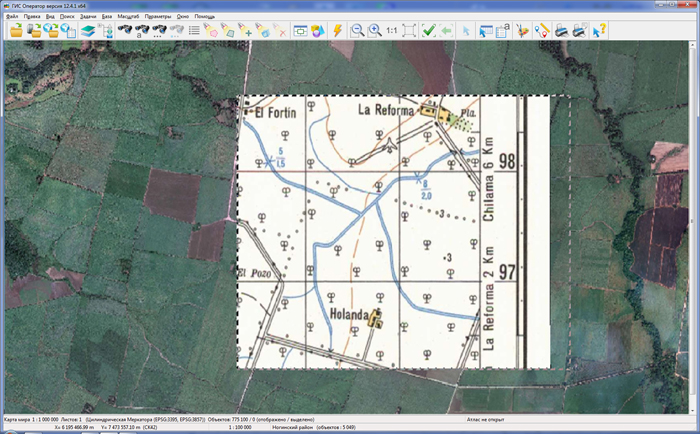 GIS "Operator" performs a forecasting the consequences of emergencies arising from accidents on radiation- and chemically- dangerous objects, and also as a result of destruction of storehouses of industrial liquid wastes. 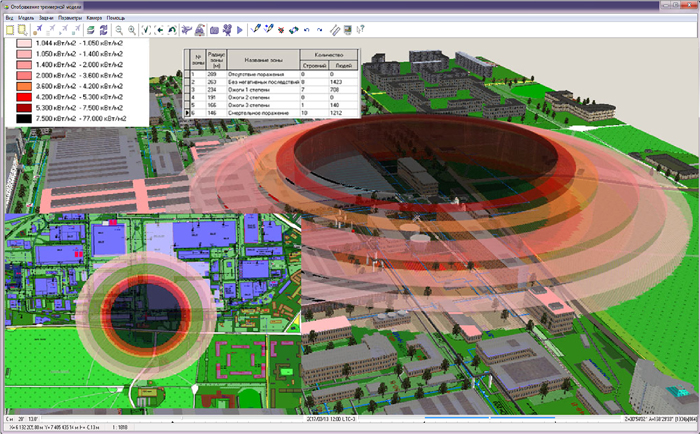 Besides it the GIS Operator include calculation tasks for forecasting a zone of emergency spill of oil products, an identifying zones of flooding as a result of spring flood and flooding.

Forecasting of consequences of radioactive pollution is made on the basis of information on a relief and current built-up area, volume of contaminants.

Forecasting of pollution zone is made on the basis of information on terrain and weather conditions. 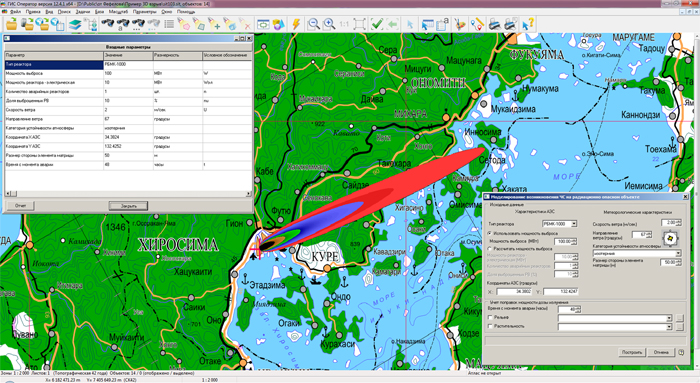 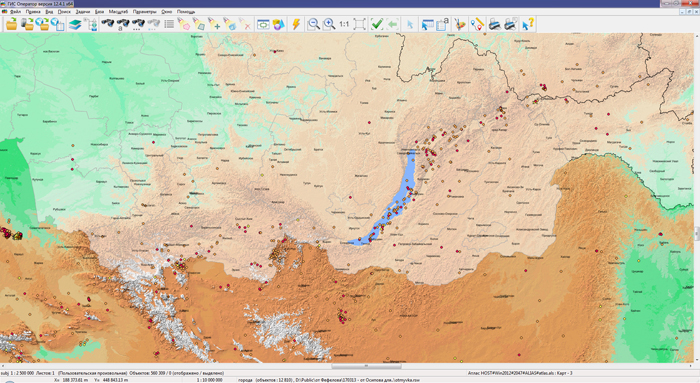 Statistical analysis and forecasting the occurrence of emergency situations. 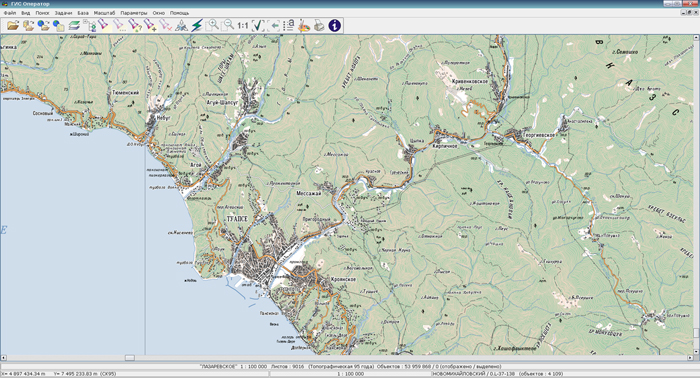 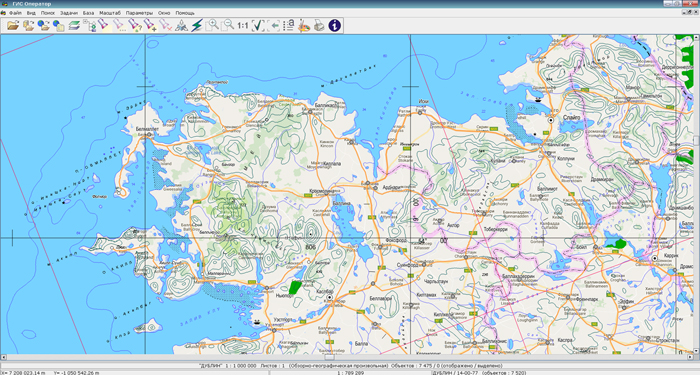 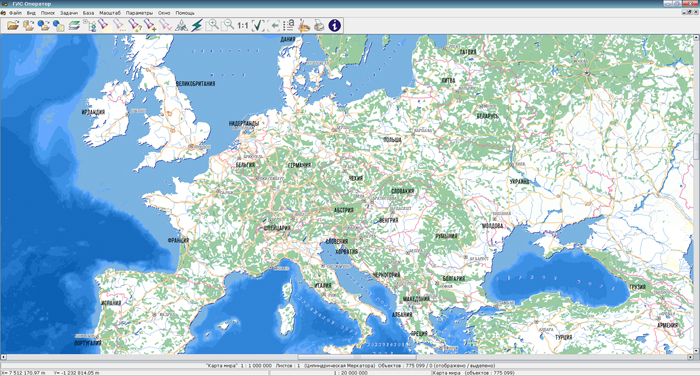