Desktop GIS "Panorama" - the universal Geographic Information System having the tools for creating and editing of digital maps, execution of various measurements and calculations, overlay operations, processing of the raster data, means for preparation of graphic documents in electronic and printed form, and also tools for work with databases. 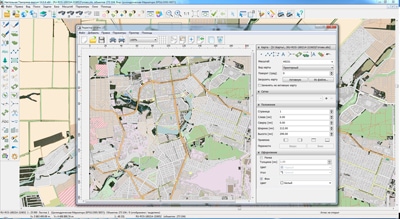 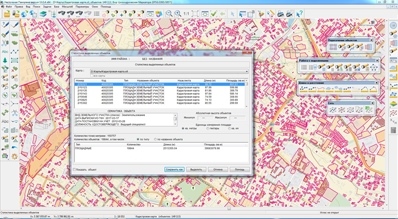 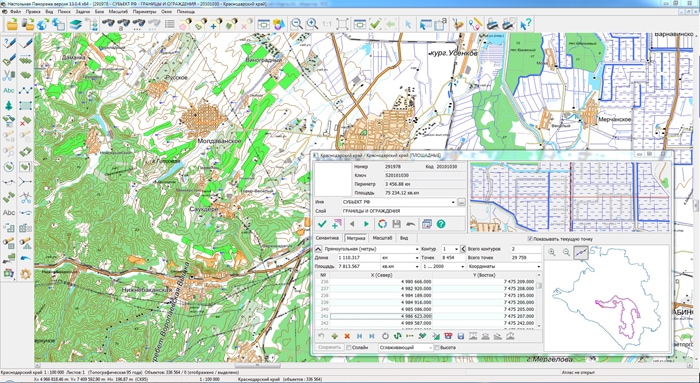 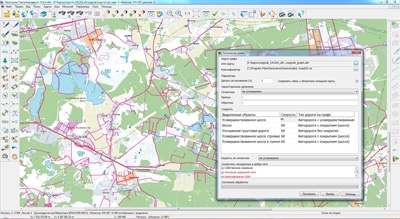 Preparation and the print of complex reports including maps, graphics, multi-line text with different attributes, etc. Print of an digital map on the various output devices and output to PostScript. Preview of document prepared for printing, customizing the parameters of printing small map runs.

Calculations on a map 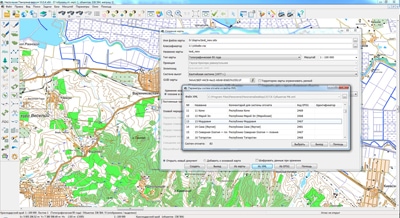 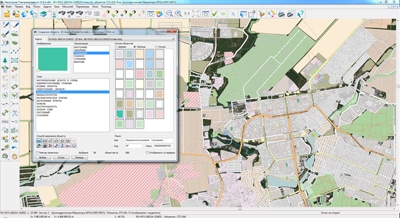 Building 3D-model of the terrain

The task allows: to create and to edit terrain objects; to perform calculations of 3D-contours lengths; to define the absolute and relative heights of 3D-objects by means of the cursor-scale; to create and to play scenarios of moving objects; to create trajectories of camera movement on model and to play camera movement on model to place virtual video cameras with a displaying images of model in additional windows of video cameras; to save the image of terrain model from the main window and windows of video cameras into formats BMP and AVI.

Search of objects at viewing of images from geoportals is provided at the expense of the built-in access to the address database placed on the open server in web.

Access to coverings (including matrixes of heights) under OGC WCS protocol.

Simultaneous connection to various data sources through several servers on base of the GIS Server for the multiuser work with access control to the data.